This guide describes the routing for MSRP media for IM and file transfers. 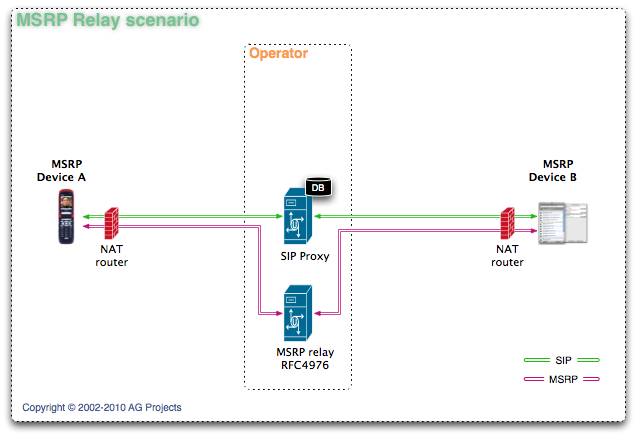 Instant Messaging based on MSRP protocol is similar to a regular SIP audio session. Instead of RTP media , MSRP is used for establishing a media channel. Instead of MediaProxy, A MSRP relay is used to traverse the NAT. The called party reserves a session in the MSRP relay and offeres it in the response to the SIP INVITE. The calling party the initiates a TCP/TLS connection to the relay reserved address and the called party does the same. By using the relay both parties can establish a TCP flow from behind their NAT routers.

MSRP ACM is an alternative method for traversing NAT that is standardized by 3GPP that is interoperable with the IETF MSRP relay specification. The SBC mangles the SDP and stays in the SIP signaling and MSRP media path and forces the end-points to be both active (that is starting the outbound MSRP connection) when behind NAT. 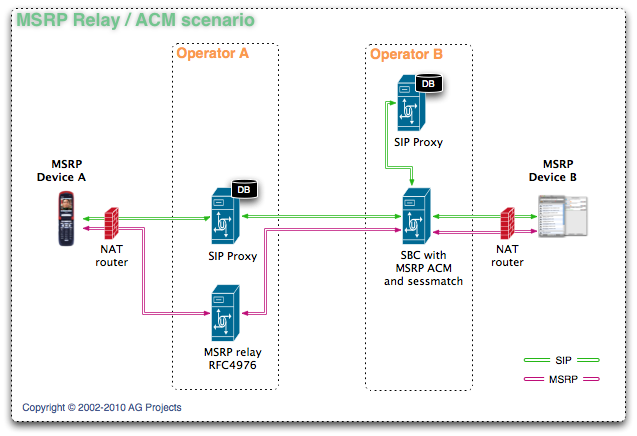